If your spouse says hurtful things, it means either he commits his catharsis or he gets pleasure by hurting you. Both the cases are hurting and pathetic.

Before we move forward in our discussion, it would be better to understand why your spouse always comes with hurtful things.

There can be two reasons behind the heartful behavior of your spouse.

First, he is filled with anger and aggression. He finds no way to purge his emotions, and then he finds you as his easy prey and starts with his usual hurtful words.

Note here, it is a psychological disorder .

Second, he is an extremist. He feels pleasure to hurt you. It is also because of psychological disorders.

There can be multiple reasons behind his disordered personality traits.

First, he is so sensitive and delicate that he can’t stand even a little act that is against his will.

Second, he is a perfectionist. He wants perfection in every affair of life. Whenever he comes across something that is not accurate, he can’t keep his mouth shut.

Even if he is not finding the car keys at the usual place, he would devastate the whole pleasant scenario.

Third, a depressed and painful childhood can also have its contribution. 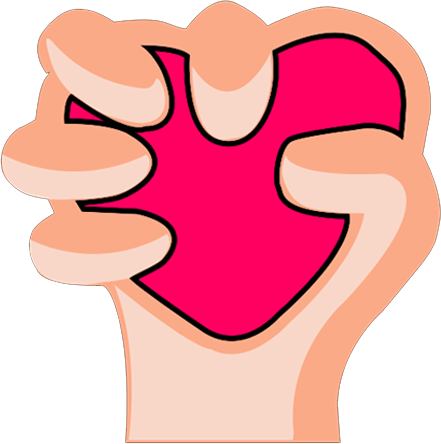 Is he hateable or loveable?

Who likes loudmouths?
Who likes people with bad temperaments?
Who likes the fellow who always says hurtful things?
Obviously, nobody likes such people.

But when one is a psychological patient, he becomes a special case.

Though he is having undesirable behavior yet he is helpless. He doesn’t even know that he is having any disorder. He is unconscious of the mythology of his personality. But now, you know he is having an issue. He needs special love and care to overcome this disorder.

What you need is to be with us as we know relations, we know solutions.

Now you have grasped fully that he is not hateful stuff, rather he is pitiable. He deserves your love and care instead of your carelessness and gruffness.

Let us understand this hurt cycle. First, acknowledge that your spouse wants the course of life to go smoothly. He gets disturbed even by a tiny issue which even apparently is not there.

When he gets hurt, he wants his catharsis because of the fear that something more severe would happen if he does not react.

Because of that fear, he reacts instantly. His reaction is hurtful and by it, you get hurt. When you get hurt, you want to convey to him that his hurtful words have hurt you, as you have an inward fear that if you don’t react, he would be a step forward next time.

As you react, he is again filled with hurtful stuff and this cycle carries on.

There is another possibility too. You are not the only one who interacts with him 24/7. There are many others too. As he is too sensitive, he is just a click away from making himself hurt. Just a single phrase or expression of someone is enough for him to get hurt.

Going more beneath the surface, somehow it becomes a triangle of hurtfulness between you, your suppose, and the rest of the social scene.

Now, what we have discovered is that the problem is not only with him, the problem is also with you. As he comes with hurtful stuff, you are there with open arms to feel his words, digits, accent, and even each and everything.

First, you need to take things easy if you would always be so sensitive it would be impossible to tackle the issue.

Before we go to the “To-Do list” first, prepare yourself not to feel everything deeply that comes from his mouth.

Your spouse is the man who is having a disorder and, to our pity, he is not conscious of it.

But we know he is helpless in his dealings so it is not he who will have to fix his problem, actually these are we who have to adjust with him so that we may reach the position from where we can poke him that he needs to have some positive changes in himself.

For it in your inner self, first of all, forgive him for all his hurtful words and things. As we know, he did not do it spontaneously, so forgiving him will heal the relationship.

To forgive him does not suggest you go to him and say, though you have been there with me with all the hurtful stuff, yet I forgive you.

To forgive him means you have understood the actual nature of the issue that he had been helpless because of his personality trait, so you embrace the fact with an open heart and are ready to adjust the things not only for him but also for yourself.

When your spouse says hurtful things, do this.

Calm down, for instance. Work on these tips to heal up your relationship.

1. Don’t come with a sudden response.

In the hurt cycle, we have understood that when he says hurtful things, you can’t stay without a response. Response, response, and response have done nothing good, but they kept the hurt cycle moving.

So not responding is the first condition to dealing with him sensibly.

2. Be tactful in your approach.

Without utilizing different tactics, nothing can be improved as the course of life never runs smooth. Even if he is against you, you should take his side to make sure that he is not alone; rather, there is someone who takes care of him and considers his thoughts.

You can assist him by saying, “Yes, you are right, there is no doubt about it. I want you to describe it more. Yes, I am all ears. I want to know your point of view. I want to know more about what you are feeling.“

This all would make him empty. Soon he would be out of words. And it is what we want from him. As he will have no more hurting stuff he would not be able to hurt you. And above all to whom he wants to hurt when she would be with him, then to whom he would hurt. We hope you have got the point.

3. Give him a hearty welcome back.

He is coming back home all spoiled and fried. You can see an obvious frown on his forehead. And you guess that soon he would start his typical stuff. As he is ready to burst out, so are you, all ears, when he will start.

Such an attitude would not work. You need to bring some variety to adjust things.

You can pour all the water on his burning attitude by welcoming him warmly. He knows he will start and you will respond and things will get going so. Break this routine cycle.

We again make you remember that he is having a psychological disorder, so you should not take his words as a personal attack.

Deal him like he is a helpless man. Such an attitude would help you in putting your ego aside.

So as he returns from work, give him a smile and ask him to change and get fresh. Offer him something to drink. Ask him if he needs something. Even if he reacts with indifference, don’t be disheartened. Rather, maintain your courtesy.

Adopt such a routine for a week and you would certainly have some positive results and it is the start towards the adjustment of his psychological disorder.

4. Double the love and care.

It is said if you like to change someone first; you have to change yourself.

And to get out of yourself and your spouse from this hurtfulness you have two main tools and these are love and care.

And as a matter of fact, you need to know if your love and care can adjust to the psychological disorder of your spouse, then it’s not a big deal.

Treat him with love, take good care of his needs, make him your dependent, and then how would he come with hurtful things for the fellow who is only to love him, to take care of him.

Related: How to make your husband feel special

After working on the above-mentioned tips, the last is to have pleasant communication with your spouse.

But this session should be after a fortnight from the point in time when you started your work on him. Till the point in time, we are hopeful you would have gotten him on track to some extent.

For pleasant and effective communication, select a suitable time, comfortable place, and above all, see for his mood too. If he is happy and fresh, only then ask him that you have something to share.

With your soft pitch and sorrowful accent, you can get your work done.

As he approves, tell him, ” I love you from the very cores of my heart. I don’t care about the rest of the world, as you are my whole world. I want more of your love and compliments. I want you to be more soft and tender with me”

Just appreciate him so that he may try to be nicer to you.

As to get results, we have to appreciate the fellow. You have experienced it during your school level study and you too know that it works.

Related: how to make him realize he needs you

In short, if your husband says hurtful things, don’t shout back at him, rather be conscious of the fact that he is having a psychological disorder. You can adjust to his disorder by putting your ego aside and dealing with him with love and care.

Follow the overhead tips, practice them and have a great relationship ahead.

Do 10 things when your husband is talking to another woman 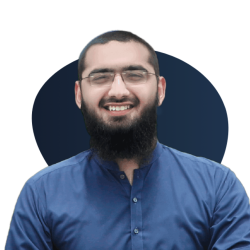